An Afternoon in Jardin du Luxembourg

I’m currently people watching in Jardin du Luxembourg, facing the afternoon sun and right now, honestly, I wouldn’t want it any other way. What a lovely afternoon.

The weather’s been great here in Paris that I can manage to wear shorts or skirts and not hate myself for doing so. Although it’s quite cold for my liking, around 15 degrees, the warmth of the sun makes it bearable.

I’m facing away from the Palais de Luxembourg, towards the Grand Bassin and the surrounding garden. When you look around, you’ll see that the autumn colors are starting to settle in. A single tree would have different shades of leaves! The foliage itself is just a visual treat. The flowers around the garden are still in full bloom. I don’t know what kind they are, but they are mostly red.

You’d hear people walking – the cream gravel makes a sound in every step. Green chairs line up around the garden, facing the octagonal pond they call the Grand Bassin. People are talking, reading, on their phones, taking a nap, relaxing. Children are playing on their own, with their parents or grannies in the distance, glancing over them every now and then. Unlike in the Philippines, parents here are not too paranoid and don’t mind the kids exploring. Some kids are holding long sticks to push wooden sailboats on the pond. On the way here, I saw kids riding ponies. 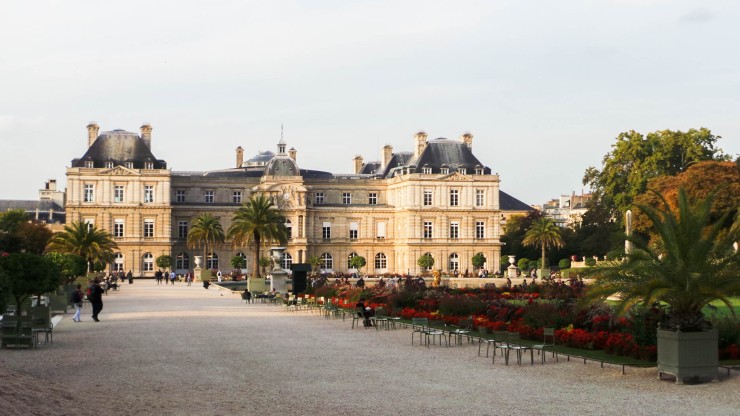 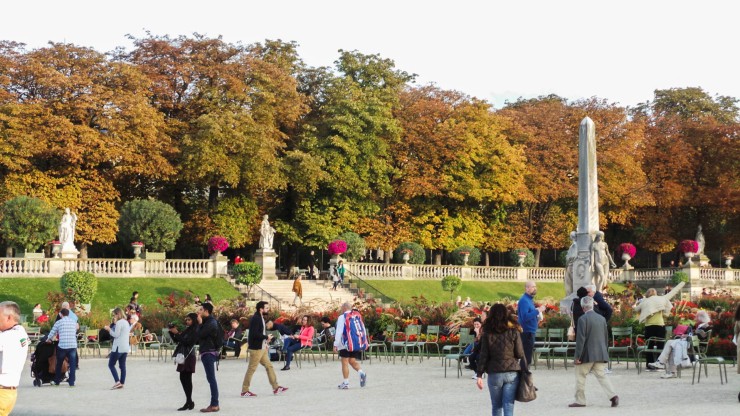 I’m leaving tomorrow for Switzerland, and I am kind of sad that I am. I like being alone in Paris. Last night, I did what I wanted to do one night in December four years ago, and that is to roam around Paris after midnight. Fear took over me that night that’s why I didn’t do it, but last night, I had no fears. I was out until 3AM. The breeze was chilly near the Seine and I was wearing shorts, but I didn’t mind it so much. I had a great time walking anyway. I even met someone for a quick coffee and it was nice. He was an animator so we had a lot to talk about.

I don’t wanna leave. I missed hearing the French language. Paris has always been special to me. It’s my fourth time being here and I still can’t get enough.

I feel like I could live here. I want to be able to speak the language fluently anyway.